Twenty-three buildings have received awards in the 2019 Waikato Bay of Plenty Architecture Awards, among them several projects that show the community benefits resulting from architects’ sustained involvement in urban centre revitalisation.

“These buildings are real community assets, and some of them offer valuable precedents for the provision of important services.”

See all this year's winners on Instagram or view the gallery below.

In Hamilton tonight, we're celebrating the winners of the Waikato Bay of Plenty Architecture Awards. By all accounts it's been a fine year for the region's architecture. The awards jury convenor, Evan Mayo, said the jury saw several public, commercial and educational buildings in Whakatāne, Tauranga, Rotorua and Te Awamutu that are “real community assets and valuable precedents for the provision of important services”. Evan was joined on the jury by Hamilton architect Matt Grant, Wellington architect James Fenton and UK registered architect Leonie Neuweger. Thanks to @resenecolour for sponsoring this year's awards⁣ .⁣ .⁣ #waikatoBOParchawards2019 #waikato #bayofplenty #architecture #nzarchawards2019 #nzia #nzarchitecture #toparchitecture

Mayo also noted the prominence in the Awards of houses in well-known resort areas, including the Coromandel Peninsula and Taupō.

“These houses continue the region’s reputation for high quality, well-crafted homes that are specifically tailored to their environmental conditions,” Mayo said.

Mayo said that as a local architect, he was particularly pleased by the recognition of the jury, which included fellow Hamilton architect Matt Grant, Wellington architect James Fenton and United Kingdom-registered architect Leonie Neuweger, of projects that are playing an important role in the improvement of Hamilton's central city area.

Whakatāne also has a new museum to complement existing high quality buildings, and the urban quality of the town centre has been given a real, community-centred lift, Mayo said.

Edwards White Architects is one Hamilton practice leading the way in Hamilton’s revitalisation.

This year, the practice  won four Waikato Bay of Plenty Architecture Awards: a Planning and Urban Design Award for Riverbank Lane, a “vital link between Victoria Street, Victoria on the Park and the Waikato River”; an Interior Architecture Award for its own studio, which occupies a mezzanine within Riverbank Lane; a Housing Multi-unit Award for Parkhaven, a city apartment building that “cleverly integrates usable exterior space into a vertical living arrangement”; and a Heritage Award for Wiseman Central, a 1917, a restored heritage-listed building on a prominent CBD corner.

Here's Riverbank Lane, Edwards White Architects' fourth winner, this time for Planning and Urban Design. Previously known as Riverbank Mall, and vacant for a decade, the lane now provides a vital link between Victoria Street, Victoria on the Park and the Waikato River. "The lane ‘feel’ is further enriched by the various tenants," the jury said, "who collectively underwrite the architectural aesthetic through the design quality of their respective operations."⁣ .⁣ .⁣ @edwardswhitearchitects #waikatoBOParchawards2019 #waikato #bayofplenty #architecture #nzarchawards2019 #nzia #nzarchitecture #toparchitecture 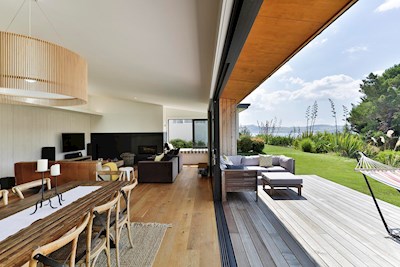 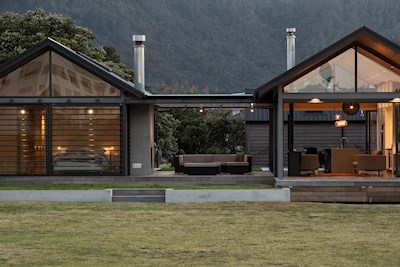 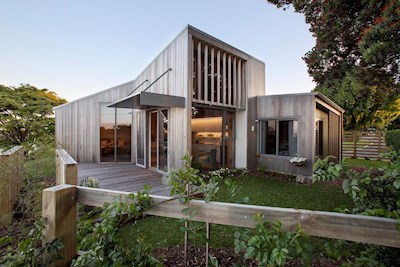 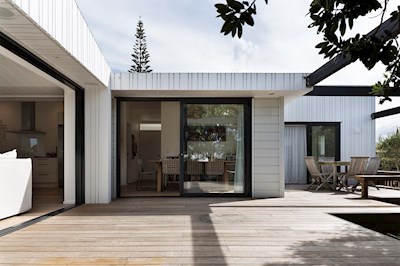 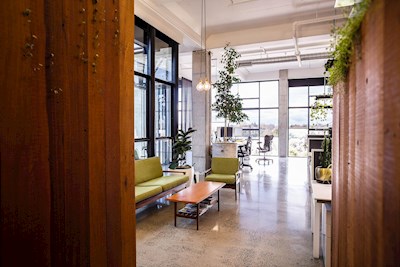 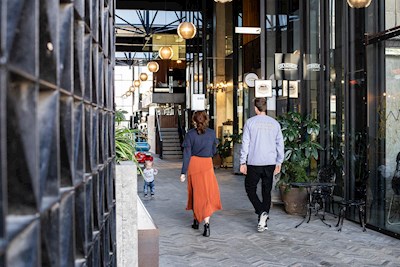