David Mitchell is the 2005 recipient of the NZIA Gold Medal, the highest honour bestowed by the New Zealand Institute of Architects Incorporated, for an outstanding contribution to the theory and practice of architecture.

This has been demonstrated through a consistently high quality body of work, and to the advancement of architectural education and architectural discourse.

David’s significance to New Zealand architecture has been as an educator, practitioner, designer, author, commentator, explorer and gifted architect. His influence on many significant architects of today has been profound.

At the highly creative and stimulating Brick Studio of Auckland University’s School of Architecture from 1972 to 1987, he, along with his fellow studio lecturers and tutors, established a vertically integrated structure with a lot of left field programmes and free-wheeling style. They got the best students and the best results, and all enjoyed the process and its potential impact on later developments in New Zealand architecture.

What was emerging was a synthesis between theory of architecture and the craft of building, and this has permeated throughout his career – as an architect and astute observer and commentator.

David Mitchell’s career as a practicing architect has included a number of milestones for New Zealand architecture as a whole. The house for Jenny and Alan Gibbs combined a savvy urbanity for the early 1980s with an eclectic re-jig of modernism. It caused much debate and analysis and empowered many architects to explore new directions.

His University of Auckland Music School with Jack Manning, and later the Mitchell/Stout house in Freemans Bay and the Auckland City Art Gallery NEW Gallery (both in collaboration with Julie Stout) showed diverse design solutions but with the common thread of a love of the craft of architecture and building, combined with an astute sense of intellectual direction.

David has also been an important resource for students and practitioners alike, and his book The Elegant Shed – New Zealand Architecture since 1945, published in 1984, was an important milestone in the analysis and directions of New Zealand architecture, and has yet to be bettered.

David is also a keen yachtsman and he has combined this with a need to explore other climes and other cultures. Offshore adventures in Rogue with Julie to many parts of the Pacific Islands, Asia, Hong Kong, Thailand, Andaman Islands, Sumatra, Maldives, Oman, Yemen, Egypt and Turkey – all in a search of an expression of the environment, culture and pattern.

Periods working in Hong Kong broadened his view of what architecture could be, and intentions to work and teach in Europe were only stopped for health reasons and the lure of projects back in New Zealand.

David’s current work includes residential, public and cultural projects, together with urban design consultancy in various parts of the country.

He has received ten awards for architecture including three NZIA National Awards.

David Mitchell’s contribution to architecture has received widespread recognition from his peers and beyond.

He is at once engaging, astute, analytical and creative, and his sheer breadth of knowledge of the art and craft of architecture is outstanding.

The NZIA Gold Medal is a fitting tribute to his body of work and his ongoing contribution to New Zealand architecture.

Two episodes of The Elegant Shed, a six part documentary series looking at New Zealand architecture since 1945, are online at NZ On Screen.

A circumspect look at the transformation of New Zealand

From the whare to modernism 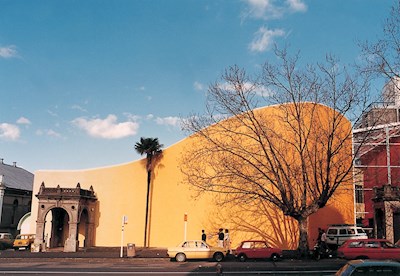 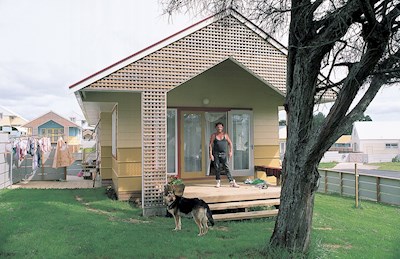 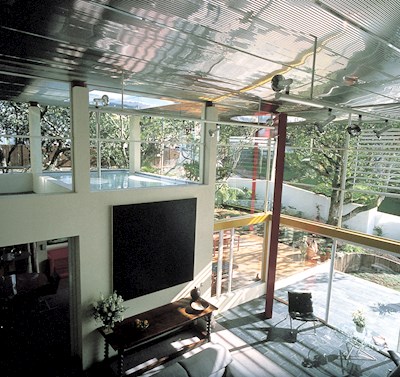 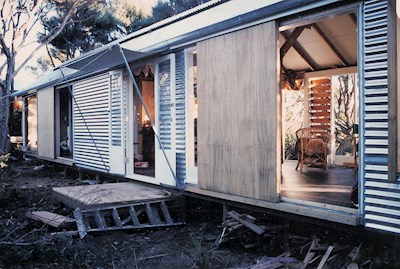 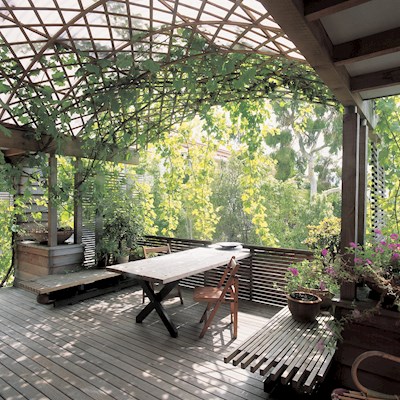 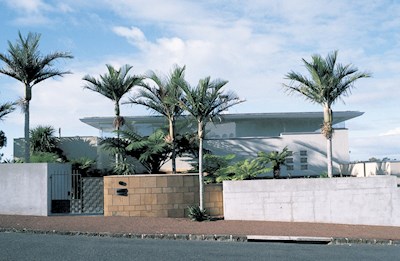 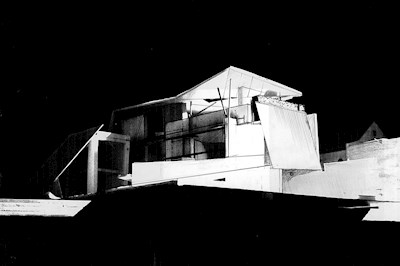 Proposal for housing on the Log Farm, Auckland waterfront, 1999 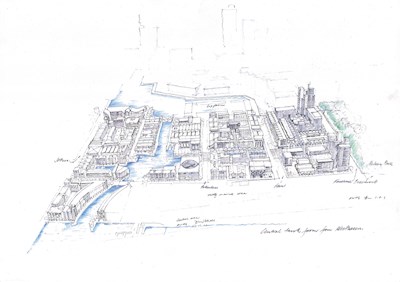 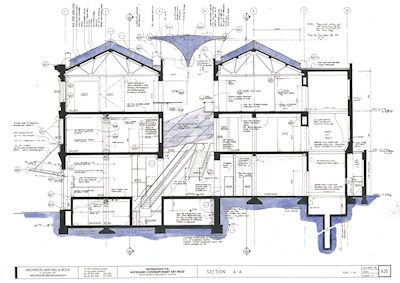 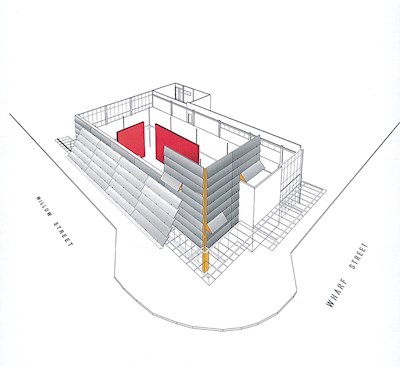