Governance of the Institute is undertaken by the NZIA Council, led by an elected President, which meets four times a year.

In its decision making, the Council is guided by a set of rules that define objectives and help decide matters of importance. The Council’s composition is determined by election, with Institute members in each of the eight branches voting for a regional representative. The three schools of architecture and the New Zealand Registered Architects Board are also represented. 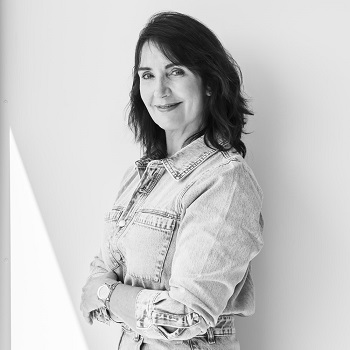 Judith grew up in Wellington. After completing a BArch at Victoria University, she worked as a project architect at Craig Craig Moller.

She has been a registered architect since 1986. In 1990 she established Taylor Architects, where much of her work was in the parliamentary precinct. In 2014, Judith became General Manager of Precinct Services at Parliament, including the complete makeover of the interior of Bowen House, home to Members of Parliament and their staff. Since 2015 she has been Associate of Professional Development at Context Architects.

She has been a Fellow of the New Zealand Institute of Architects for over 15 years and has held numerous appointed leadership roles over the years, including as chair of the Institute’s Wellington Branch an Assessor for the NZ Registered Architects Board, sitting on the Architects Education and Registration Board from 1994 to 2002. In addition to helping set up the training programme for NZRAB assessors, she’s acted as New Zealand coordinator for the accreditation of NZ architecture degree programmes.

Policies set by Council fit broadly into the following areas: practice support, membership services and professional development. Members assist with work in these areas to ensure that all members are kept up to date with developments and services.

The network of eight branches throughout the country provides a place for local membership services and activities and a connection with local communities. They also help members stay connected with current issues and provide local support to the profession.

Each Branch has a committee, led by a Chairperson elected from the local membership. 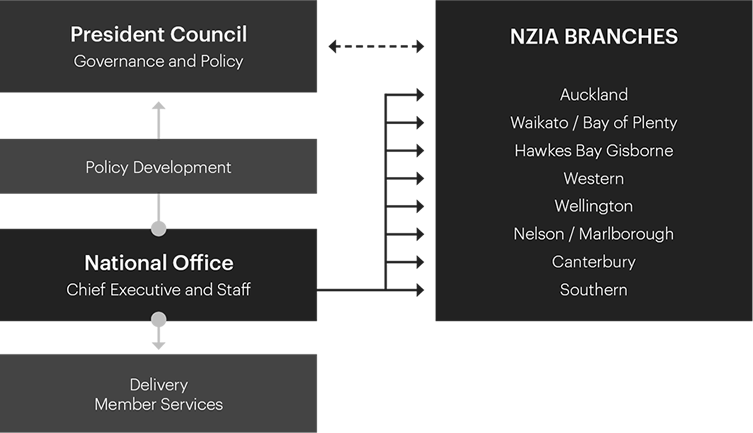 Members nationwide elect representatives to the NZIA Council, which also includes representatives from the Schools of Architecture at Victoria and Auckland Universities and at Unitec, and the New Zealand Registered Architects Board. Policies set by council fit broadly into the following areas: practice support, membership services and professional development. Members assist with work in these areas to ensure all members are kept up to date with developments and services. The day to day work of the Institute is undertaken by a small management team comprising a chief executive, a professional services manager and a communications manager who all receive further support from five other staff. All staff are based in Auckland. A network of eight branches throughout the country provides a local focus for members, who use their branch as an avenue for involvement in the Institute’s activities.